Saint Brigid of Kildare was born in the 5th century, a time when Ireland was transitioning from a country that practised ancient earth-based religion, to becoming a Christian one.
This transition between the two faith paths is written out in the traditions surrounding Brigid.
Before Brigid, there was a Celtic goddess with the same name. Part of the tribe of gods Tuath Dé, linked to the Celtic mother goddess Danu.
The two Brigids have become intertwined is because both their stories were mostly recorded by Christian monks. Let’s look at some of the similarities.

The world of humanity has two wings — one is women and the other men.
Not until both wings are equally developed can the bird fly. Should one wing
remain weak, flight is impossible. Not until the world of women becomes equal
to the world of men in the acquisition of virtues and perfections, can success
and prosperity be attained as they ought to be.
Do you agree?

One of the things that is similar across many religions and spiritual movements is the use of altars. Altars have … END_OF_DOCUMENT_TOKEN_TO_BE_REPLACED

“I lifted up my eyes to see the Heaven. I saw it not. I closed my eyes to feel the … END_OF_DOCUMENT_TOKEN_TO_BE_REPLACED

Too early to talk about surviving the ‘Festive’ season? Not for those of us who have felt fear from the moment the first decorations hit the high street.
Here are some survival strategies in case you need them. You’ve got this!

Interfaith is not a religion. It does not have specific scripture or a prophet to follow. It doesn’t have congregations that gather every week in a temple of sorts. There is no baptism or ‘conversion’ to Interfaith. In fact, most ministers find being an Interfaith minister a very individual journey.
So how does one become ‘Interfaith’?

I have a great love for poetry. I therefore love the Sufi tradition of using poetry to express our relation to the divine.
In this post I share 10 of my favourity spiritual themed poems. I would love to hear about your favourite poem!

Meditating is great, it relaxes the mind and the body, eases stress, allows us to live in the moment. There … END_OF_DOCUMENT_TOKEN_TO_BE_REPLACED

“We have enough religion to hate, but not enough to love one another” This Jonathan Swift quote is often used … END_OF_DOCUMENT_TOKEN_TO_BE_REPLACED

This blog is about villains. We all love to hate them.
From very early days, and in nearly all religions and spiritual movements there is good and evil. 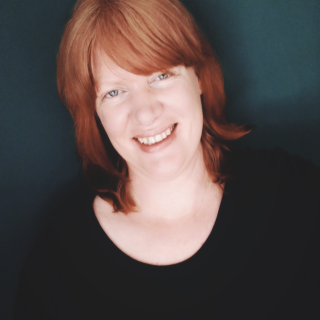